The new ‘sugar tax’ on soft drinks is coming, 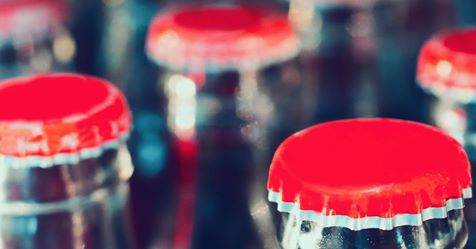 New research from Simplyhealth and YouGov has revealed that just over half of the nation (59%) supports the new ‘sugar tax’ which came into force.

However, one in five adults (21%) say that potentially paying a little bit extra won’t bother them if they want a sugary drink

Plans for the tax on sugary beverages were announced in the Government’s 2016 budget in response to the nation’s alarming levels of obesity and poor oral health.

How will the sugar tax benefit our oral health?

“Sugary drinks are a leading cause of tooth decay and acid erosion and offer little to no nutritional value,” says Henry Clover, Chief Dental Officer at Simplyhealth.

“It’s encouraging to see that the majority of people support the new levy and understand the urgent need to address the alarming levels of obesity and poor oral health – particularly those of children - in the UK.

“However, it’s concerning that one in five people say they would not be deterred by potential price increases of sugary drinks, suggesting that sugary beverages are seen as a staple item in some people’s daily diets.

“It will be interesting to observe consumer buying behaviour over the next year as well as seeing how many manufacturers have adjusted their recipes. Reducing access to high sugar drinks options and encouraging people to choose less sugary options is likely to have a positive effect on the nation’s oral health, particularly in children and young adults. Sugary drinks should always be seen as an occasional treat and only drunk as part of a meal. Water and milk are far more tooth-friendly options.”

Do consumers understand how much sugar is in their food and drinks?

Our survey also revealed that one in four adults (25%) admit to struggling to understand the sugar content on food and drink packaging labels, highlighting that many people may be unwittingly consuming much higher levels of sugar than they realise.

Worryingly, amongst these, only 56% of 18-24 year olds knew that honey is a sugar, and only 41% of the same age group knew that molasses, fruit juice concentrates (44%) and maltose (50%) are also types of sugar.

“Confusion over food and drink labelling and a lack of awareness of the recommended daily limits almost certainly contribute to the nation’s high sugar consumption,” says Henry. “It’s important that manufacturers and retailers make it as easy as possible for consumers to know what they’re purchasing and are transparent with their ingredients and labelling.

“There is also a role for dental teams and other healthcare professionals to help patients understand the effects of a high sugar diet on their health and help them make more informed choices.”

Dear Nicky, I would like to express my sincere gratitude to you and all the staff on reception for your kindness and courtesy to me at all...

For a number of years I had a temporary dental bridge, as I had two front teeth knocked out while playing sport when I was teenager.  The...

I have been a patient with Billy Campbell for 14 years now and have always been happy with the treatment I received and the service provided by...